Anthony Christian Lawrence, a lifelong resident of Madison County, graduated from Madison Heights High School in 1986. In 1991, he graduated from Anderson University with a Bachelor of Arts Degree. After receiving valuable work experience in the private sector and government service, he attended Thomas M. Cooley Law School/Western Michigan University in Lansing, Michigan, graduating with a Juris Doctorate in 1999. Mr. Lawrence was admitted to the bar on June 4, 1999, and is licensed to practice before the United States District Court, and the Northern and Southern Districts of Indiana.

After an internship as a clerk in the Madison County prosecutor's office, Mr. Lawrence served as a deputy prosecutor. During his tenure, he gained invaluable trial experience in misdemeanors and felony courts. After leaving the prosecutor's office for private practice, Mr. Lawrence has worked as a Madison County public defender in various courts throughtout the county. His experience as a deputy prosecutor and a public defender gives him a unique perspective when representing clients. 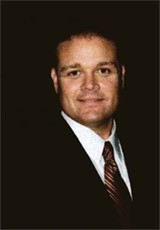